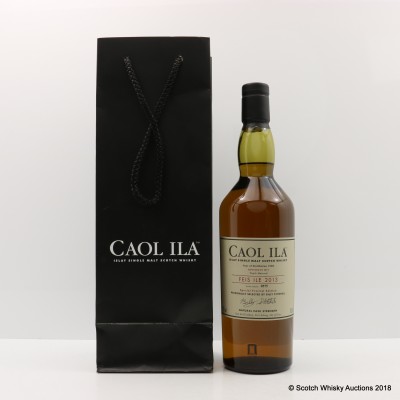 For the 2013 Feis Ile Caol Ila presented a Triple Matured bottling personally selected by Billy Stitchell. Matured in a combination of Refill Butts, Hogsheads and Barrels for twelve years, the whiskies were then allowed to marry for several months in "active" Hogsheads in order to impart a bit of extra spice. It was then treated to a final gentle maturation in European oak.