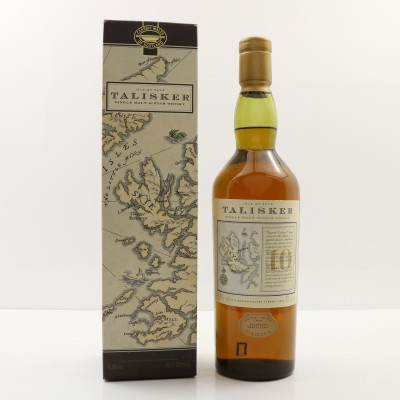 An old, and rare bottle of Talisker 10, bottled way back when they had maps on the labels around the middle to the late nineties.