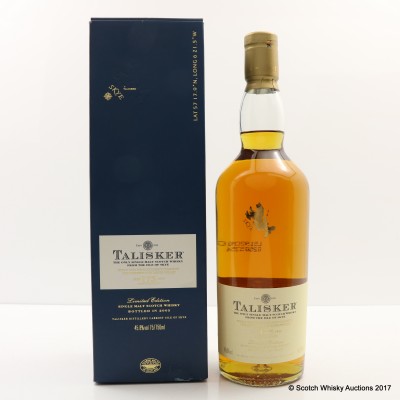 A special release to celebrate the 175th birthday of the Skye distillery. 60,000 bottles were released. A complex vatting of Talisker whiskies, many of them more than 20 years old.