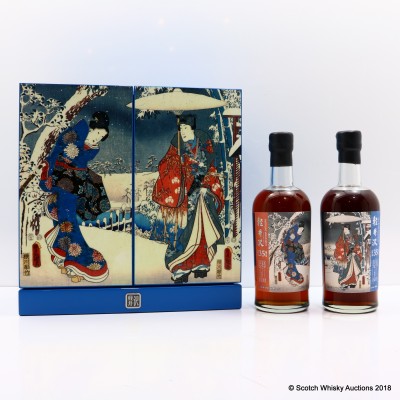 These two 70cl 35 Years Olds and their box beautifully depict the Tale of Genji in the Snow.

Featured in The 87th Auction, ended July 1, 2018
Send to a friend or post on:
FacebookTwitter