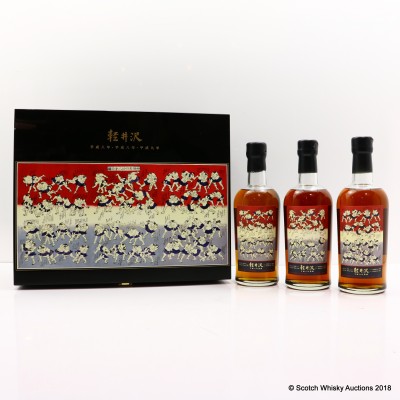 Representing the ancient Japanese martial art of sumo wrestling, this set of three bottles of Karuizawa from 1996 and 1997 Sherry casks is a fantastic collection for the connoisseur of high quality Japanese whisky.

Please note very slight crack to one of the wax seals.

Featured in The 87th Auction, ended July 1, 2018
Send to a friend or post on:
FacebookTwitter