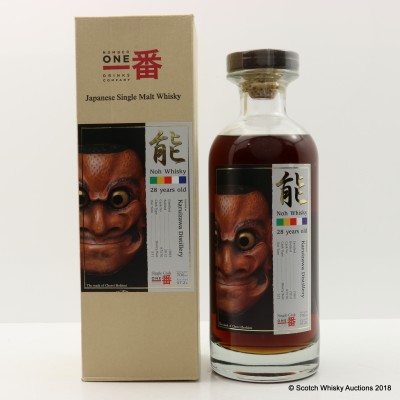 This label features the mask Chorei Beshimi, a demon mask that usually represents a goblin.

Bottle Number: One of only 571 bottles released