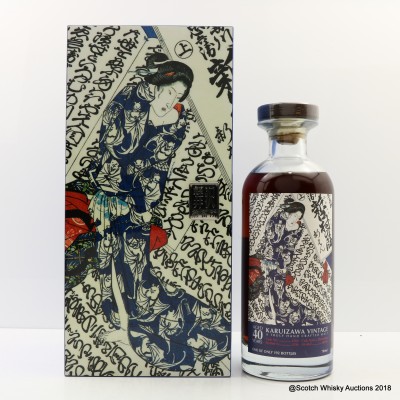 The Blue Geisha, in a stunningly designed box.