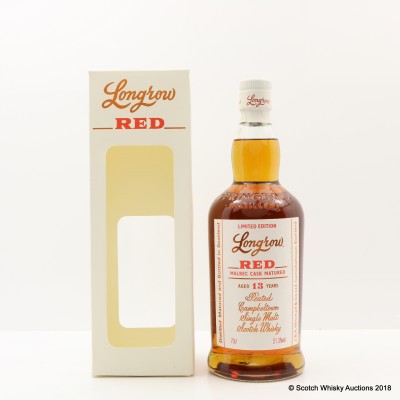 This edition of Longrow's popular Red range has been finished for 15 months in Malbec red wine casks, giving it a rosy hue and vibrant fruit notes alongside the classic aromas of well-peated Campbeltown single malt.

Bottle Number: One of only 9000 bottles released.