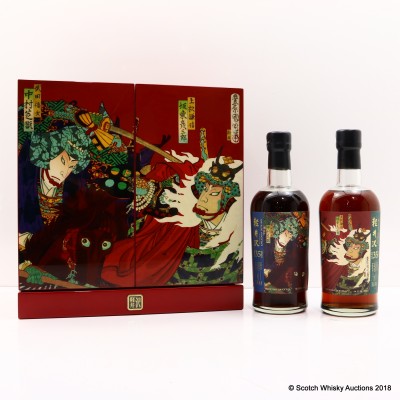 With Utagawa Hiroshige's artwork depicting two opposing generals of the epic Battles of Kawanakajima - consisting of five battles from 1553-1564 between the Kai Province and the Echigo Province - this rare set of two 35 Year Old bottles of Karuizawa represents the brutal yet respectful attitudes prevalent in martial history. There are only 162 of these two-bottle sets of worldwide.