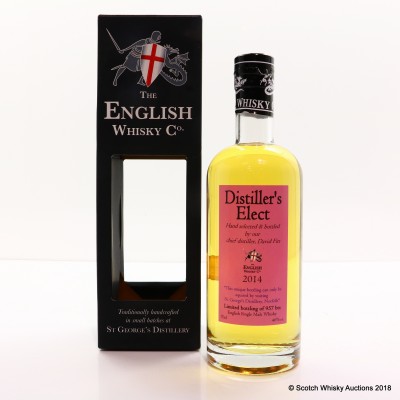 The first distillations took place in 2006 under the guiding hand of the now retired Iain Henderson and everything from barley to bottle is done by hand at the first English malt whisky distillery in 100 years. The Norfolk-based distillery describes its releases as 'chapters' with Chapters 1 to 4 classed as young malt spirits and Chapter 5 standing out as its first legal whisky.

In 2013, the English Whisky Company introduced a new series called The Black Range to develop a more consistent product: within this range are two expressions including Classic and Peated - later re-branded as Original and Smokey - with both being bottled at 43% and bourbon-matured.

Bottle Number: One of 957 bottles released