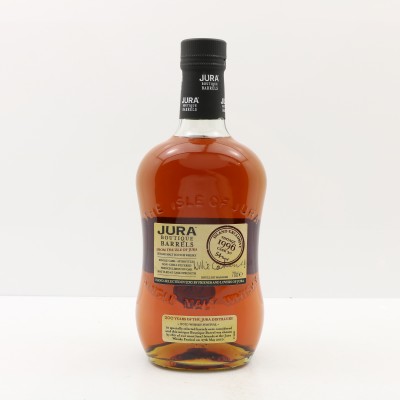 To celebrate 200 years of the Jura Distillery, 10 specially-selected barrels were considered and this unique Boutique Barrel was chosen by 180 "most loyal friends" at the Jura Whisky Festival on May 27, 2010.

Bottle Number: One of only 493 bottles released