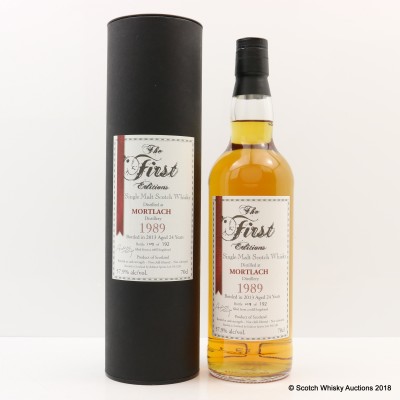 The first of the Seven Stills of Dufftown, Mortlach was established in 1823 by James Findlater. After a string of varous owners, the distillery's situation did not improve until railway surveyor and engineer George Cowie structured production and distribution. It is one of the great iconic distilleries for its unique combination of stills and the fact that its spirit is distilled 2.81 times. Described by Dave Broom as, "the beast of Dufftown" its muscular and beefy style has won an army of followers over the years as the distillery recently shifted production from twelve to sixteen mashes per week.

This Mortlach was bottled by Edition Spirits Ltd as part of their First Editions range.