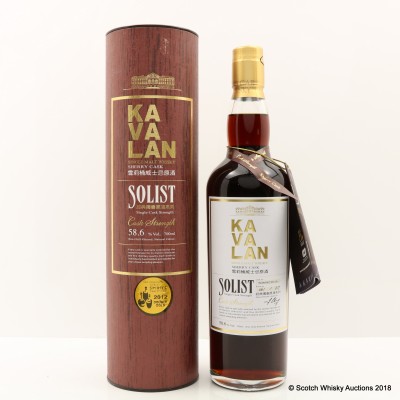 Kavalan Distillery was founded in 2005 on an idea of taking Scottish methods of making whisky and importing that expertise to Taiwan for a wholly-owned Taiwanese distillery. After a great deal of research investment, the fruits of their labour were finally brought to the world with the first spirit being produced in March of the following year.

The distillery is situated in the north-east of Taiwan in Yilan County which is incidentally where the brand name of Kavalan comes from; derived from the name of an early tribe from the region. The Kavalan range now has ten different expressions, including Classic Kavalan and Solist.

This a single sherry cask bottling, released at cask strength.