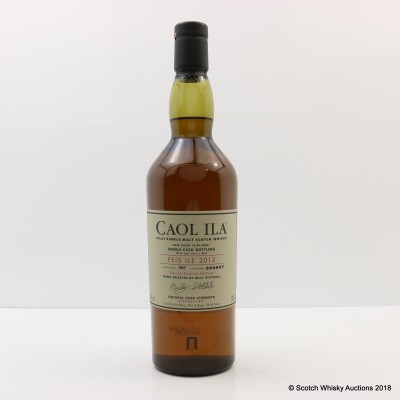 Bottled especially for the Feis Ile in 2012.