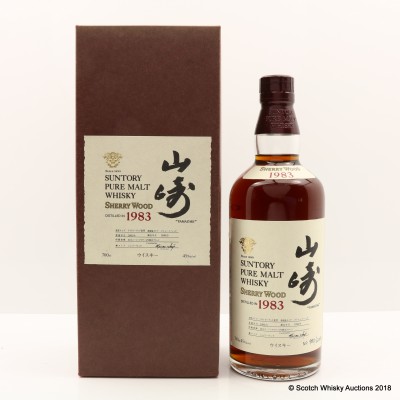 Founded in 1923 by Shinjiro Torii, Yamazaki is Japan's first bona fide whisky distillery. Sitting in between Osaka and Kyoto the stills are varied in shape, size, lyne arm position and some are direct fired while others are steam heated. All of which allows for a creation of many different styles of spirit destined for blending as well as bottling as single malt.

Please note some scuffing and marking to carton.