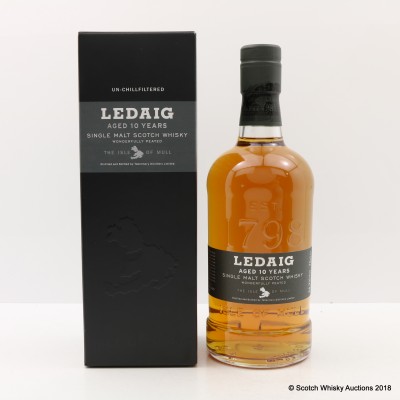 First produced in 1971 when the Tobermory distillery was reopened after more than 40 years of silence. For a while all spirit produced was peated and called Ledaig. This changed soon enough and it became the name given to the peated malt produced at this distillery. It is only now becoming widely available as a single malt due to renewed investment and promotion by its owners. Pronounced Led-Chig which means Safe Haven in Gaelic.

This is the peated, 30-40ppm, version from the distillery.