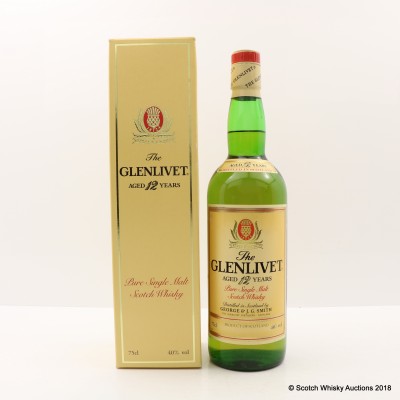 The Glenlivet 12 Year Old is the quintessential Speyside malt, from one of the most distinguished distilleries in Scotland. This particular bottle is in the old style livery.