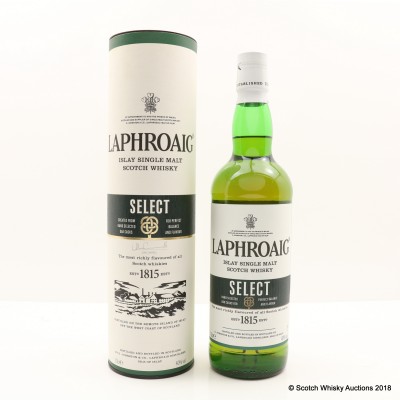 This new release from Laphroaig has caused a bit of a stir amongst Laphroaig fans. A non age statement release which has been aged in a cacophony of different casks: Oloroso sherry butts, American white oak, hogsheads seasoned with Pedro Ximenez, quarter casks and first fill bourbon casks. Phew that's quite some list! The result is a a more toned down Laphroaig.