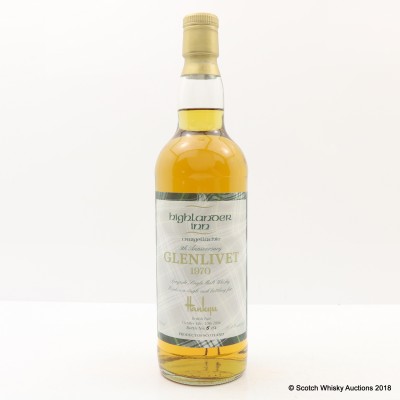 This Glenlivet was independently bottled for the Highlander Inn 5th Anniversary.