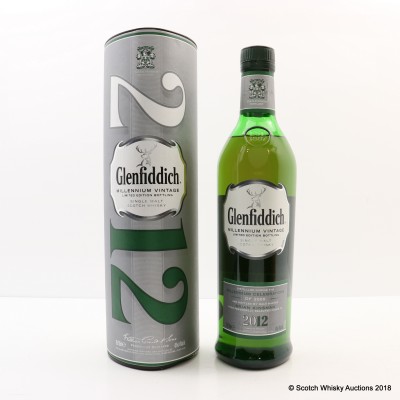 The Millennium Vintage was distilled during 2000, and bottled in 2012 from a mix of European and American oak casks which have been selected by Brian Kinsman, the company's Malt Master. The vatted whisky is then finished in ex-Bourbon barrels for two months.

Please note some denting to base of carton.