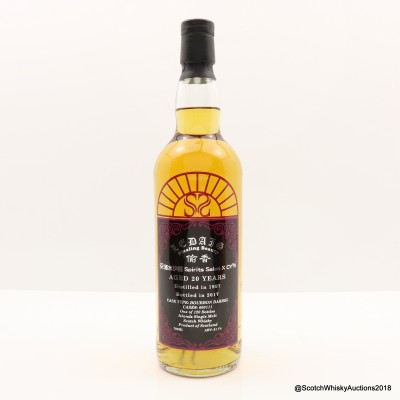 The distillery's Ledaig expression (pronounced led-chig, and meaning "safe haven" in Gaelic) was first produced in 1971 when the Tobermory distillery was reopened after more than 40 years of silence. For a while all spirit produced was peated and called Ledaig. This changed soon enough and it became the name given to the peated malt produced at this distillery. It is only now becoming widely available as a single malt due to renewed investment, and promotion by its current owners, Burn Stewart Distillers. This bottle has been independently bottled by Spirits salon.

Bottle Number: One of only 120 bottles released