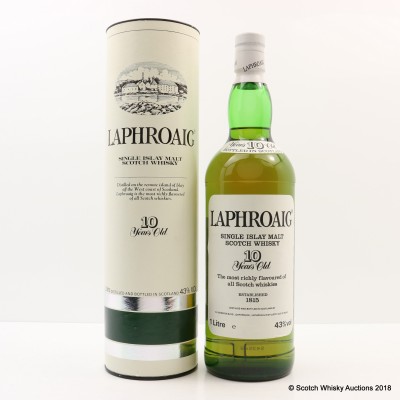 A rather rare 10 year old from the years before Laphroaig received their Royal Warrant.