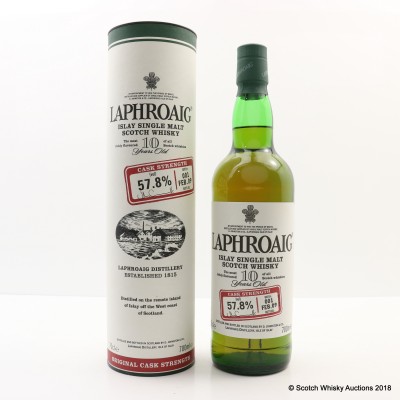 Batch number one from the new range of Laphroaig Cask Strength.