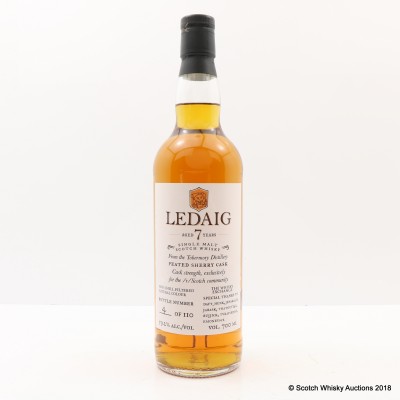 Bottled by the Whisky Exchange for the /r/Scotch community.