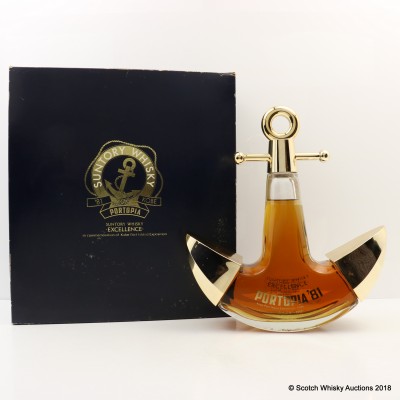 This Suntory Anchor shaped decanter was bottled for the exposition called ''Portopia '81''. Now many years after the artificial island opened it houses several hotels, a heliport, a couple of parks and Japan's 3rd IKEA store.