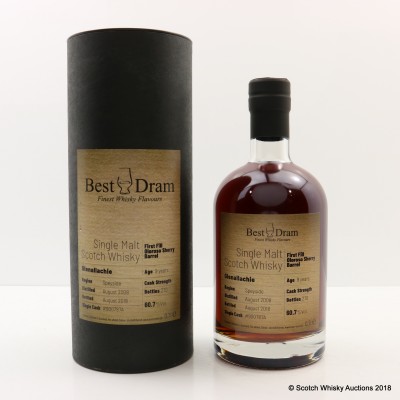 Built in 1891, Glenallachie did not begin production until 1898. The whisky from this distillery initially was destined for the White Horse blend, but since Bacardi's takeover in 1998, the majority of its output now heads for the Dewar's range. The Glenallachie distillery was bought and mothballed by Invergordon Distillers in 1985. In 2017, Billy Walker, Graham Stevenson, and Trisha Savage bought the distillery as the Glenallachie Distillers Company Limited.

Fresh spring and snow water from Ben Rinnes and peated malts are used in the distillation process.