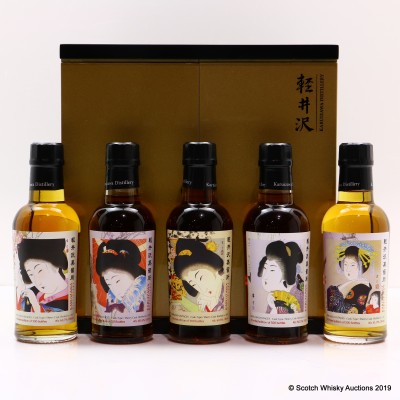 This box-set includes 5 limited edition Karuzawa Geisha whiskies matured in Sherry Casks and bottled in 2017. Every Bottle is one of 500 released.

Bottle Number: All one of only 500 bottles released