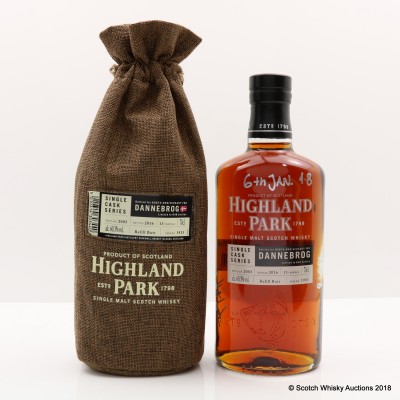 This single cask has been bottled to celebrate the 808th anniversary of the Dannebrog (the Danish Flag).

This bottle has been signed and kindly donated by Martin Markvardsen from Highland Park.

Featured in The Ben 2018 Charity Auction, ended August 12, 2018
Send to a friend or post on:
FacebookTwitter