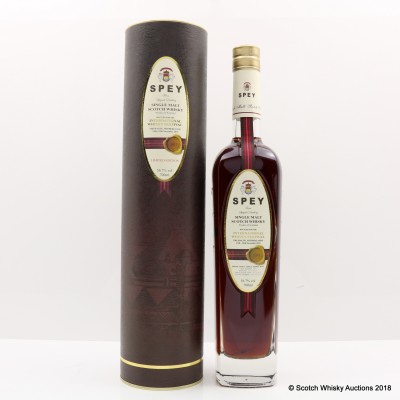 Built by drystone dyker Alex Fairlie, Speyside was only commissioned in 1962 and finished in 1987. It wasn't until 1991 that the first spirit flowed from the stills - with the first single malt, Drumguish (named after the surrounding village) launched in 1993 - and yet in a very short time it has become the third best-selling single malt in Taiwan.

Recent releases include the 100% bourbon-matured Trutina and the peated barley version dubbed Fumare.

This bottle was kindly donated by Paul Dempsey from the Speyside Distillery.