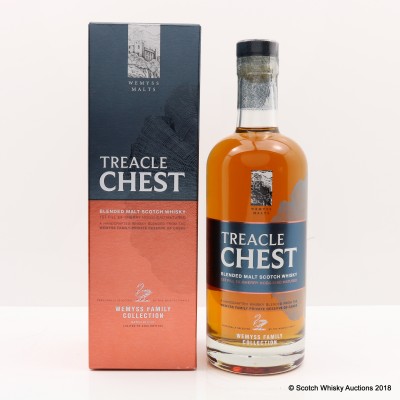 The Wemyss family's connections with the industry date back to the turn of the 19th century when John Haig (founder of Haig's) built his first distillery on Wemyss land. Their range was conceived with the aim of making whisky more accessible and understandable. They use the taste and aromas of the individual whiskies, rather than the distillery name, to identify each bottling so that the consumer can more easily understand the style being purchased.

This bottle is the Treacle Chest Blend and was kindly donated by Steven Shand from Wemyss Malts.

Bottle Number: One of only 6300 bottles released