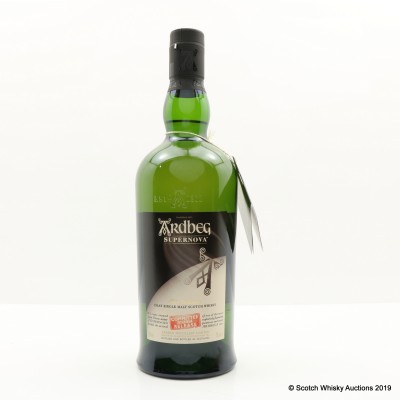 The whisky world watched, waited, anticipated, and salivated; finally Supernova had returned (and evolved). The presence of Sherry matured stock has imparted an extra dimension, created a deeper richness; firing up the spiciness and boosting the sweetness. But it’s still one of the peatiest Ardbegs on earth!