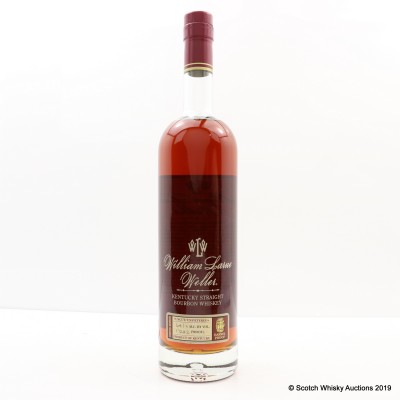 Part of the original wheated bourbon whiskey family - meaning production involves wheat instead of the usual rye for bourbons - W. L. Weller was a brand founded by the Stitzel-Weller Distilling Company which has been sold several times over the years and is now under the ownership of the Buffalo Trace Distillery. The bourbon takes the name of William Larue Weller who was apparently the first to produce straight bourbon using wheat in 1849.

William Larue Weller was added to Buffalo Trace Distillery's highly thought of Antique Collection in 2005 and is the only wheated bourbon in the series.

Bottled at "barrel proof" using only the cream of the crop, it's a combination of a small number hand selected barrels, the recipe uses wheat and malted barley from North Dakota.