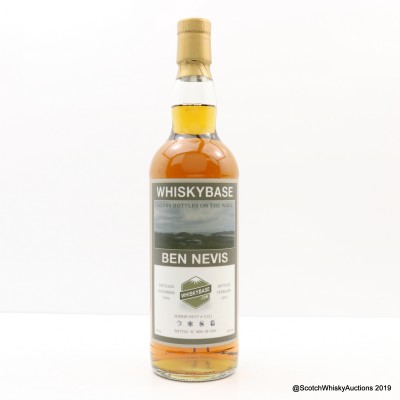 This whisky was bottled for online whisky compendium whiskybase.com.