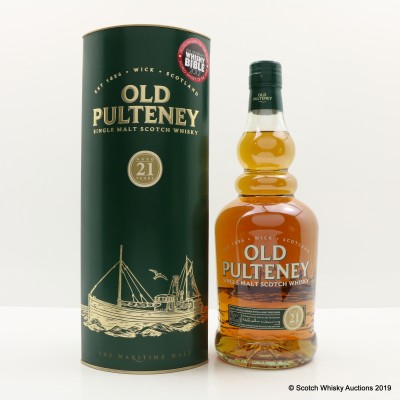 The Pulteney distillery was founded in 1826 by James Henderson and has changed hands many times over the years. It is currently the second best seller in the Inver House stable. Located in Wick, and now the second most northern distillery on the Scottish mainland since Wolfburn took that title, the distillery has won many accolades over the years; including two different variations of Whisky Of The Year from Jim Murray and the World Whisky Awards.

This was rated the best whisky in Jim Murray's 2012 Whisky Bible.