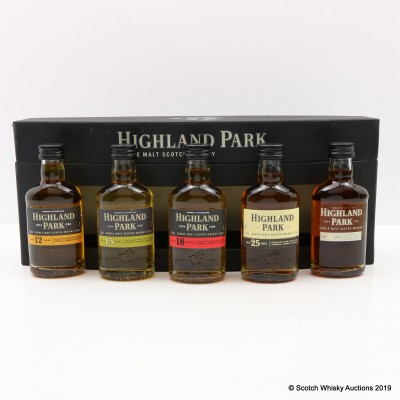 This lovely pack offers a journey throughout the Highland Park range.