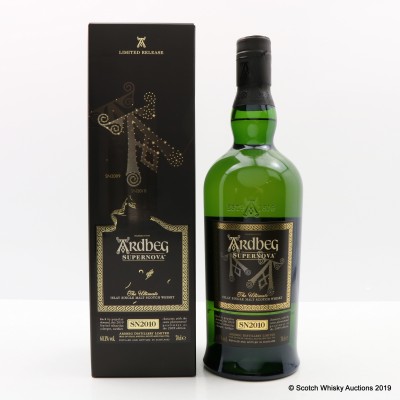 Ardbeg Supernova. With a peating level well in excess of 100ppm, this Islay monster weighs in at 60.1%. This is a limited release previously discussed (at length) by the Ardbeg Committee.