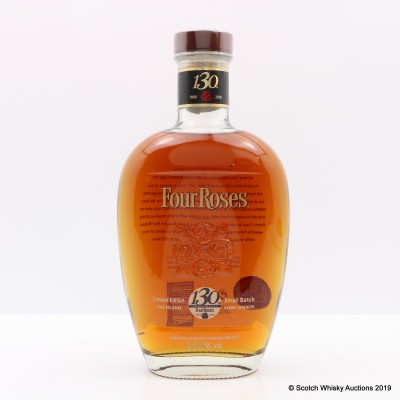 This release is to celebrate 130 years of Four Roses bourbon.