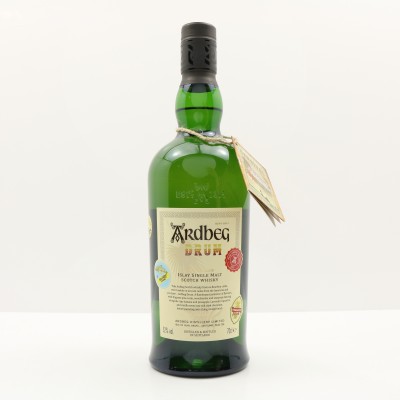 Given the success and cult-like fan base that Ardbeg has recently enjoyed, it is almost impossible to imagine that the distillery was closed on and off for 15 years until it was purchased by Glenmorangie. Sitting on the southern coastline of Islay, the current distillery was founded in 1815; the original having been destroyed by excise men. The Ardbeg spirit still is fitted with a purifier which many believe accounts for its fruity, zesty character. Due to its huge upsurge in popularity, Ardbeg has added Ardbeg An Oa to its core malt range of the original three expressions: the 10-year-old; Uigeadail; and Corryvreckan.

The annual Ardbeg Day release for 2019 celebrates Caribbean style with its first rum-finished whisky. This is the early Committee Release.