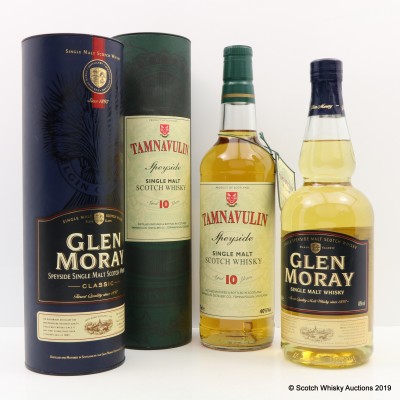 Tamnavulin Distillery was silent between 1995 and 2007; this 12 year gap in production meant that in recent times they have produced very little in the way of official bottlings. Although the vast majority of their production goes into blends, Tamnavulin was relaunched as a single malt in 2016 - to celebrate 50 years since the distillery was founded - with the Double Cask expression.

Converted from Elgin West Brewery in 1897, the Glen Moray distillery was owned by Glenmorangie plc until it was purchased in 2008 by La Martiniquaise, the second biggest spirits company in France. Highly thought of for blending, it produces a spirit peated to 40ppm for use in blends such as Label 5 and Sir Edward. The distillery also discovered the potential Glen Moray had as a single malt and now the core range has no less than 8 expressions.