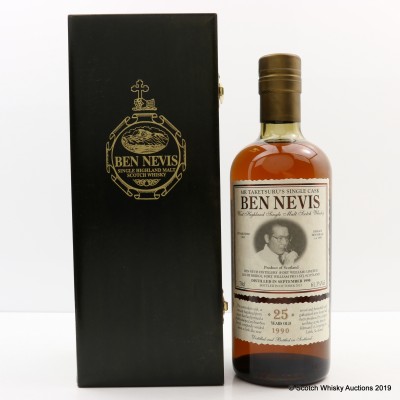 Situated at the base of, and named after Britain's tallest mountain, Ben Nevis was founded by 'Long' John McDonald and stayed in the McDonald family until the 1940s. It was then that Joseph Hobbs took over the distillery and revamped production by installing a Coffey still allowing them to experiment in both grain and malt whiskies.

The distillery was bought by Nikka in 1989 and about three-quarters of the new make is shipped directly to Japan for use predominantly in Nikka Black. The very first cask was filled by Takeshi Taketsuru (Masataka and Rita's adopted son) who was both Deputy Chairman of the Nikka and Chairman of Ben Nevis at the time.