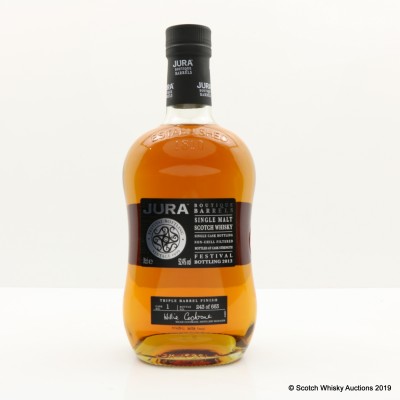 2013 Feis Ile bottling to celebrate the rebirth of the distillery in 1963. Triple barrel finish in first fill bourbon, a Burgundy barrique and a 1963 vintage Oloroso sherry butt. Bottled at cask strength and non-chill filtered.