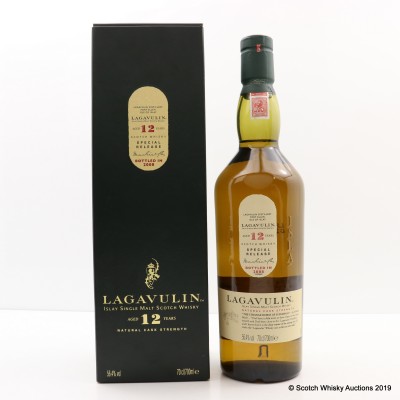 Part of Diageo's annual release, this is the hugely popular 12 year old cask strength Lagavulin. This is slightly more fiery than the standard 16 year old bottling.