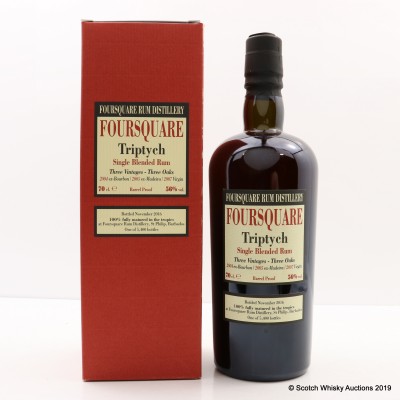 A family run enterprise with a history spanning five generations dating back to 1820, R. L. Seale's Foursquare Distillery in Barbados makes a variety of rums including cask-finished spirits as well as spiced. With the impressive visions of several generations, the distillery - occupying the site of an old sugar factory - is one of the most modern rum distilleries in the world. Foursquare rum is often seen released by independent bottlers as well as through its own releases such as Principia and Triptych.

From the Foursquare distillery on Barbados, this rum is a vatting of three vintages that have been aged in three different barrels. Hence the name "Triptych".

Bottle Number: One of only 5400 bottles released