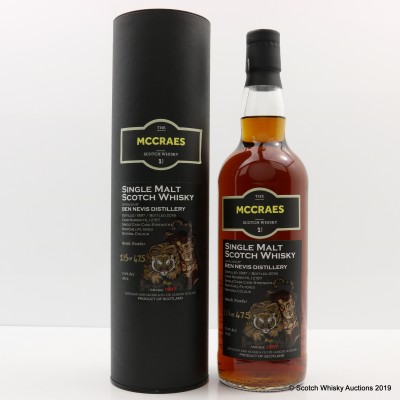 This Ben Nevis has been bottled by John McCrae & Co. Glasgow.