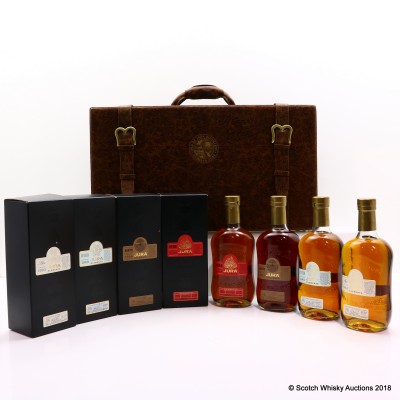 A suitcase full of Jura with a letter from the Master Distiller.

Made using water from a'Bhaile Mhargaidh, which is reputed to have life-prolonging properties.

Bottle Number: One of only 840 bottles released

Bottle Number: One of only 684 bottles released