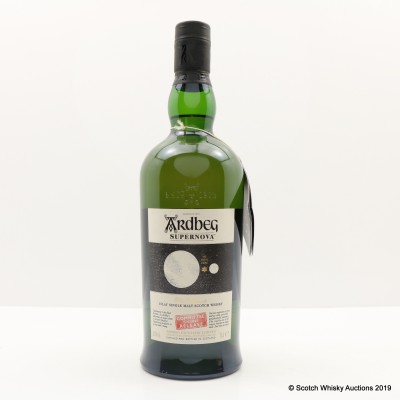 As the final release in Ardbeg's Supernova series, this bottle heralds Dr Bill Lumsden's white paper on the effects of zero gravity maturation.

Once again this Supernova has been peated to a whopping 100ppm and disappeared at lightspeed from the shelves and the Ardbeg online shop.