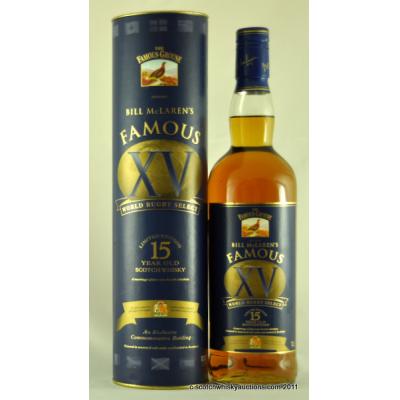 The Famous Grouse re-badged in honour of the late Bill McLaren, the Voice of Rugby. It was released to commemorate Bill's World Rugby Select. A limited edition 15 year old, it's bottled at 40%

Featured in The Inaugural Auction, ended May 1, 2011
Send to a friend or post on:
FacebookTwitter