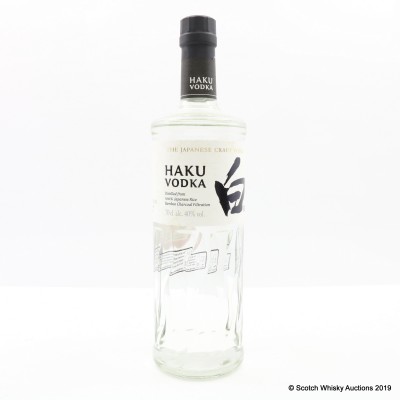 One of the Japanese whisky giants, Kotobukiya, or as we know them today; Suntory. The company was founded by Shinjiro Torii in 1899, first as an importer of Western wines and liquor. As he progressed within the business, he decided to build Japan's first distillery despite protests from company directors. This is where Masataka Taketsuru comes into the picture. He was hired as a distillery executive at Yamazaki on the outskirts of Kyoto. He later left the company to found his own. Suntory developed Japan's interest with whisky by opening Torys bars throughout the country and introducing ways to drink and enjoy the spirit. Now they produce numerous ranges including Yamazaki, Hibiki, and Hakushu.

This is a Haku Vodka from Suntory.