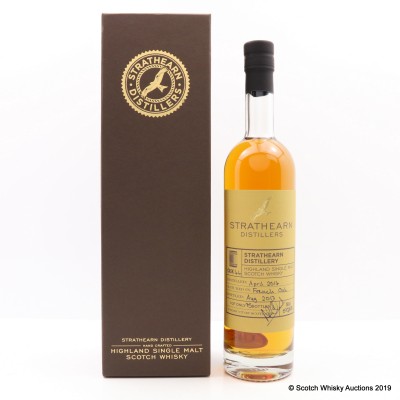 The tiny Perthshire distillery of Strathearn could reasonably be described as a "craft" distillery, and as well as producing rum and gin, their small Alambic stills can be used to produce whisky, which they do in relatively small batches. However, in addition to traditional Scotch whisky, they are also known to experiment with alternate wood types for maturation, such as mulberry, cherry and chestnut. Those rascally renegades! That ought to ruffle a few feathers at the Scotch Whisky Association.

Bottle Number: One of only 75 bottles released