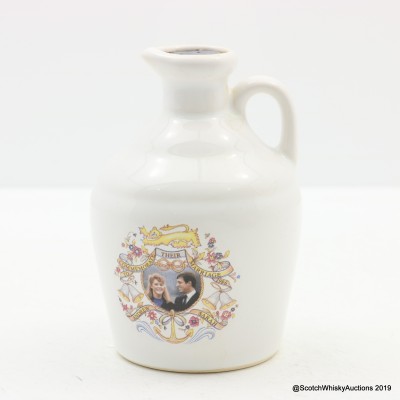 Pointers of London and Edinburgh has had a turbulent life: it was incorporated in September 1973 and final accounts were filed in 2002 then the company was revived five years later, but was dissolved a few years after that. It was then revived again in 2010 and disbanded once more in 2014. They are best known for manufacturing and filling ceramic jugs and decanters depicting notable events, famous people, and countryside scenes.

A miniature ceramic decanter celebrating the marriage of Prince Andrew and Sarah Ferguson on 23rd July 1986.